We employ staff to manage most of the Lower Bann fisheries directly, as well as delegating the management of some rivers and fisheries to local clubs and community organisations. But while still retaining daily visitor permits for tourists.

Salmon fishing has always been the mainstay of the fisheries, but we have excellent trout waters and coarse fishing of international standard too.

The 38 mile long Lower Bann flows in a northerly direction from Lough Neagh to the sea near Coleraine, draining the mainly agricultural 4,500 square kilometre Lough Neagh catchment area – the largest freshwater lake in Europe. As a result of the catchment size, the Lower Bann is a large river in a UK/Irish context, being almost 200 feet wide along most of its length.  Consequently, a winter flood can produce a flow of around 300 cubic metres per second (66,000 gallons) – one of the largest known in these islands.

It offers a wide variety of fishing – from coarse and pike fishing on the upper reaches between Portglenone and Lough Neagh, to excellent salmon and trout fishing in the middle stretches and finally sea trout and mullet angling on the four mile estuary below Coleraine.  The premier angling is the salmon fishing on the four privately-run beats in the middle reaches of the river – Carnroe, Portna, Movanagher and Culiff Rock.

There are several major tributaries in which The Honourable The Irish Society has an ownership interest, all of which have ideal game fish habitat; the Clady, Agivey, Rhee (also known as Macosquin), and Ballymoney rivers, all but the latter joining from the west, having risen in the Sperrin Mountains.  In addition, the Moyola and Ballinderry rivers flow directly into Lough Neagh from the west.  Kilrea & District Angling Club also controls a short stretch of the main Lower Bann, just south of Kilrea.

Another important feature of the Lower Bann is that is an artificially controlled river, in that it contains five sets of locks and three sets of sluice gates along its length.  These are part of a scheme started 160 years ago which also included blasting out rocky outcrops to control flows coming out of Lough Neagh.  Both features were implemented to help remove excess water levels as quickly as possible during flood conditions and to maintain navigable flows during drier periods. As a result a large proportion of the river is deep with slow flows and is ideal for coarse fish and pike. The tributaries and the parts of the main channel circumvented by canals and locks still have ideal game fishing stretches, with fast flows and a good mixture of pools and riffles.

The Foyle is the major waterway in the North West of Ireland, with a long history of commercial and recreational salmon and trout fishing.

The river drains out of Counties Donegal, Londonderry and Tyrone, and The Honourable The Irish Society owns fishing rights in a number of the smaller branches of the system: the rivers Roe, Faughan, Dennett and Strule, as well as some stillwater fishing around Derry-Londonderry. The system as a whole enjoys a larger run of Atlantic salmon than any other river in Northern Ireland, along with numerous sea and brown trout. These rivers are wholly sublet to angling clubs and community organisations for all aspects of day to day management, but a number of visitor permits are reserved daily for tourists.

© 2022 The Honourable The Irish Society. All Rights Reserved. 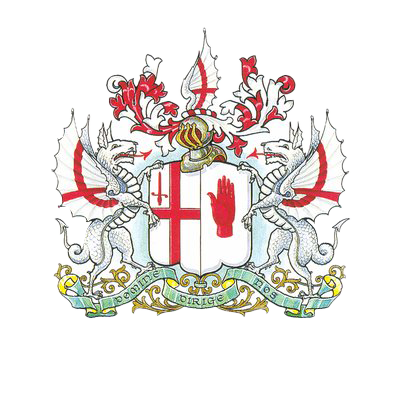